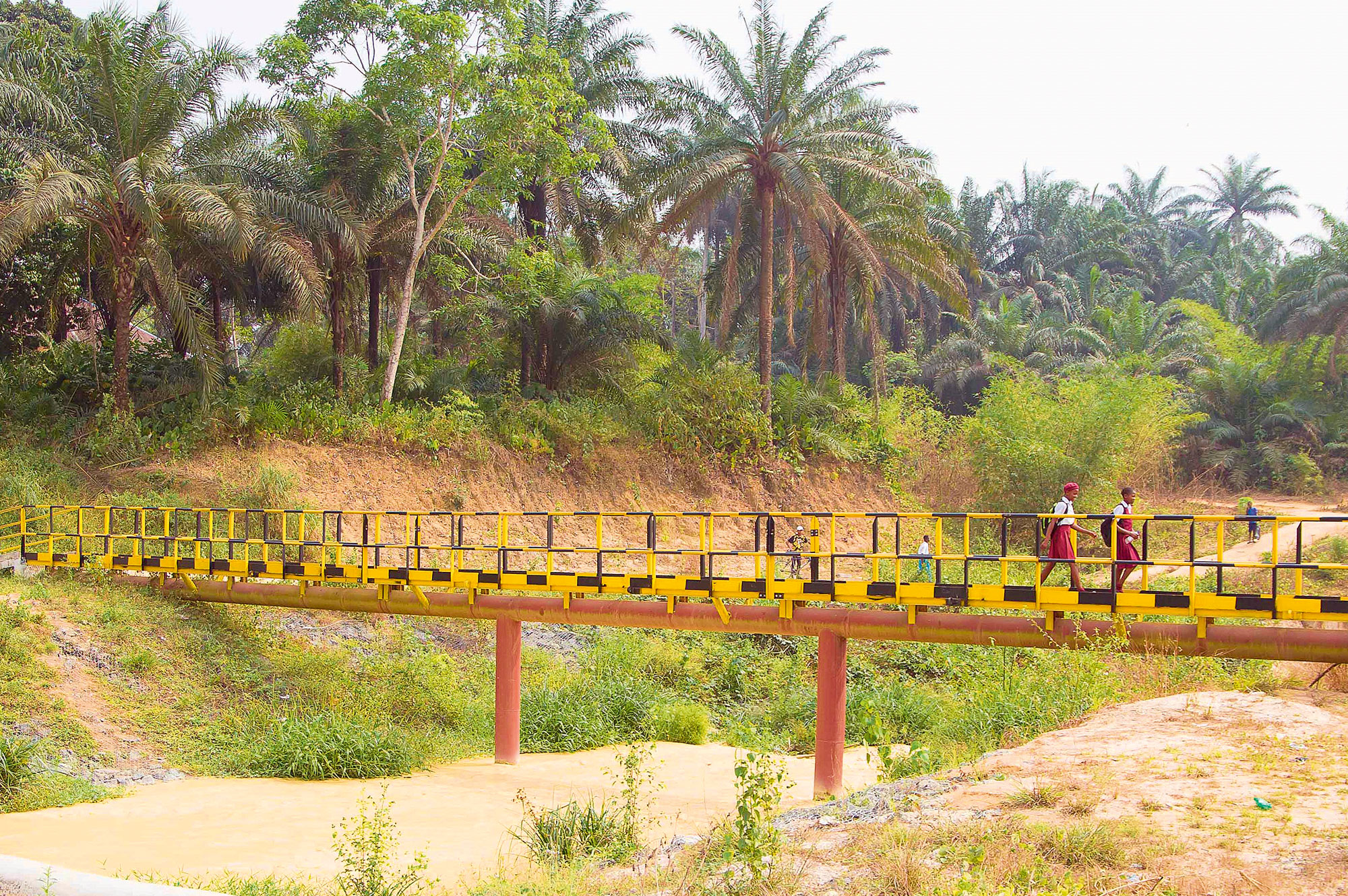 Savannah enjoys mutual trust and transparency with our local host communities and stakeholders, which further reinforces the high levels of community support, loyalty and goodwill we receive, ensuring that Savannah’s operations, projects and activities can proceed safely and unhindered.

During 2019 we invested in a total of 12 social impact projects in Nigeria, including three infrastructure projects, two skills training and economic projects, five potable water projects and two education-related projects, amounting to a total investment of US$176,000 during the year.

1. Includes contributions during the period pre-acquisition of the Nigerian Assets by Savannah. 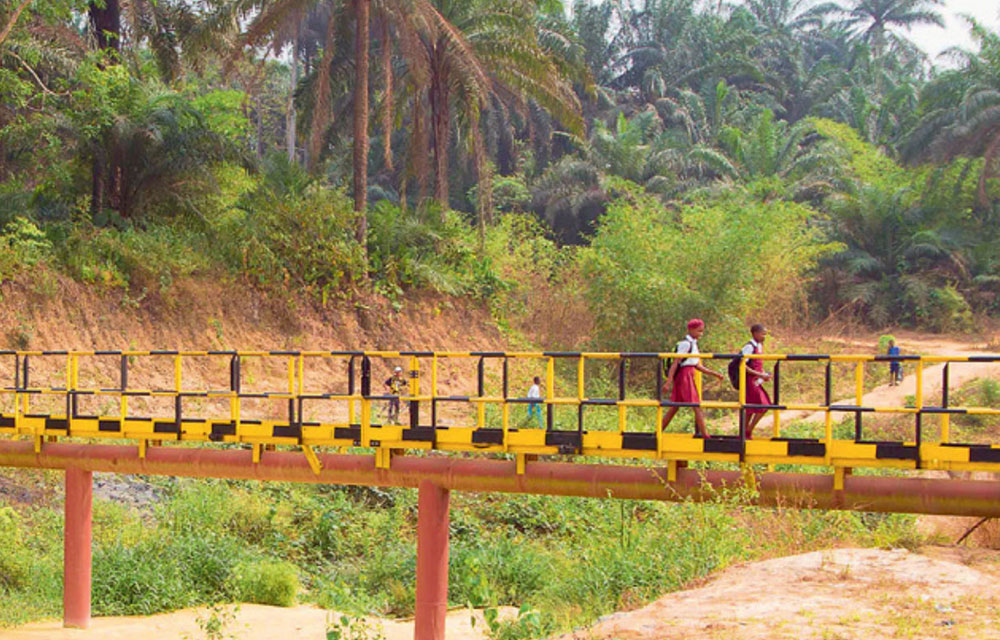 The gangway/river embankment is a social impact project undertaken by Savannah to protect the local Ikot Udo Ekop community from further environmental degradation and allow the free movement of people, goods and services between nine local communities in the area, including Oboyo Ikot Ita, Afaha Ikot Ossom, Mbikpong Ikot Edim, Ito Okoh, Ikot Oduot, Afaha Udo Eyob, Ikot Obio Edim and Ikot Oboho. The project was commissioned and handed over on 10 May 2019. The new river crossing provides access to pedestrians who previously had to trek between 8 to 10 kilometres on foot before they could reach neighbouring communities on the other side of the river, which geographically are only a kilometre apart. The project has also reduced the impact of seasonal flood water on the Ikot Udo Ekop community during the annual rainy season. 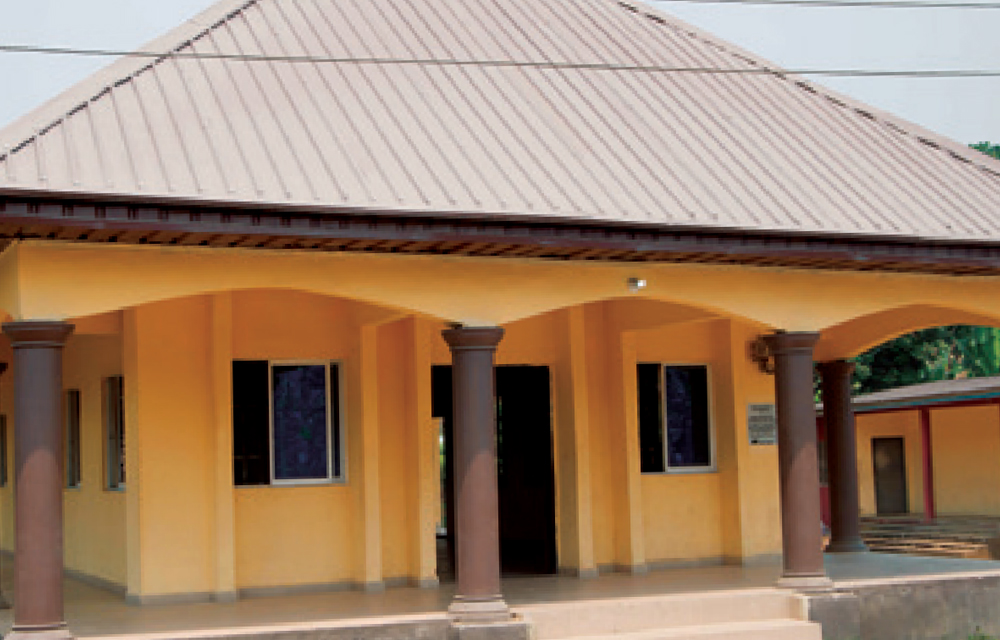 Construction of a new Town Hall

This is a sustainable community development project initiated, funded, supervised and completed by Accugas. The project is part of the Memorandum of Understanding (“MOU”) signed on 29 September 2015 with nine impacted communities in the Uruan Local Government Areas of Akwa Ibom State during the construction phase of Savannah’s EPL project. The EPL is a 32km gas pipeline transporting gas from Savannah’s Uquo CPF to customers such as Calabar power station and the Unicem cement factory. The pipeline crosses five local government areas, Odukpani, Uruan, Okobo, Oron and Udung Uko, located in the Akwa Ibom and Cross River states, and impacts 72 local communities within those areas. Implementation committees for the MOU were set up in both states, comprising representatives from the communities, government and company representatives. The community representatives were nominated by the leadership of the local communities under the supervision of the relevant local state Ministries of Environment. The Ekim Enen local community nominated the new town hall project to be executed by Accugas, which the company then evaluated to ensure it was cost-effective and in line with the MOU budget. Following the completion of the project on 21 May 2019, the community confirmed that the new town hall, which can accommodate up to 200 people, met their needs for a conducive meeting space.

Community council meetings are held regularly in the new town hall. Additionally, various community groups, such as those for youths, women and the elderly, are now able to use the new town hall for their activities. 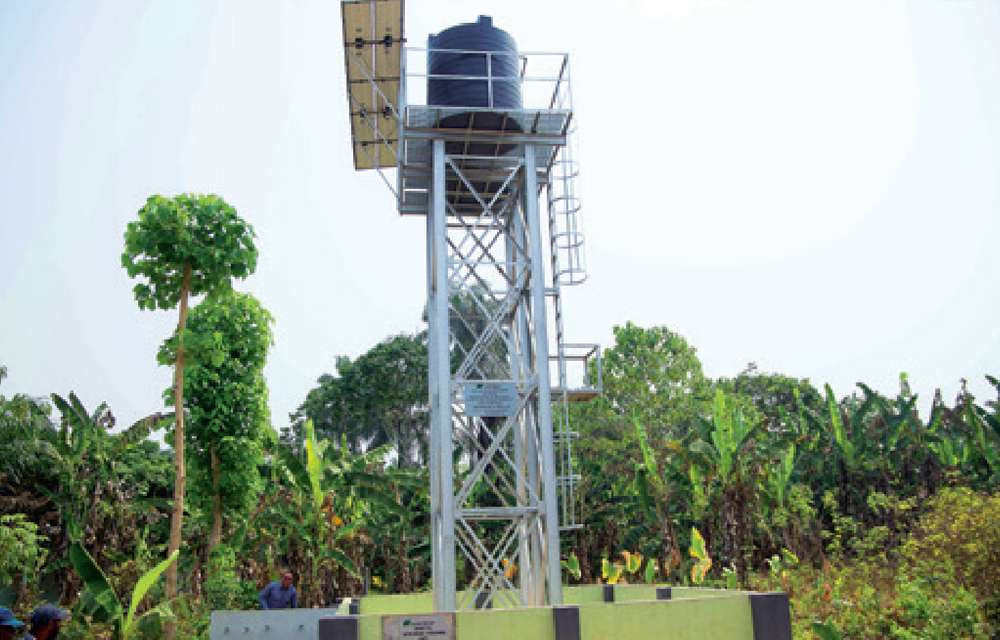 The solar-powered water borehole is a social impact project designed to provide potable water to three local communities, Minya, Ikot Enyiene and Ikot Nsung, located in the Uyo Local Government Area of Akwa Ibom State. The water borehole was commissioned and handed over to the community by Accugas on 3 August 2019.

Each water borehole has a storage capacity of 10,000 litres and the water produced is also used by other neighbouring communities, including Ikot Eken, Ikot Akpayang, Ikot Osong, Ikot Nseyen, Ikot Ofon and Ikot Ofiong, each of which has a population of around 1,000 people. The local community leaders sent letters expressing their gratitude to Accugas for the project which has positively impacted the lives of approximately 9,000 people. 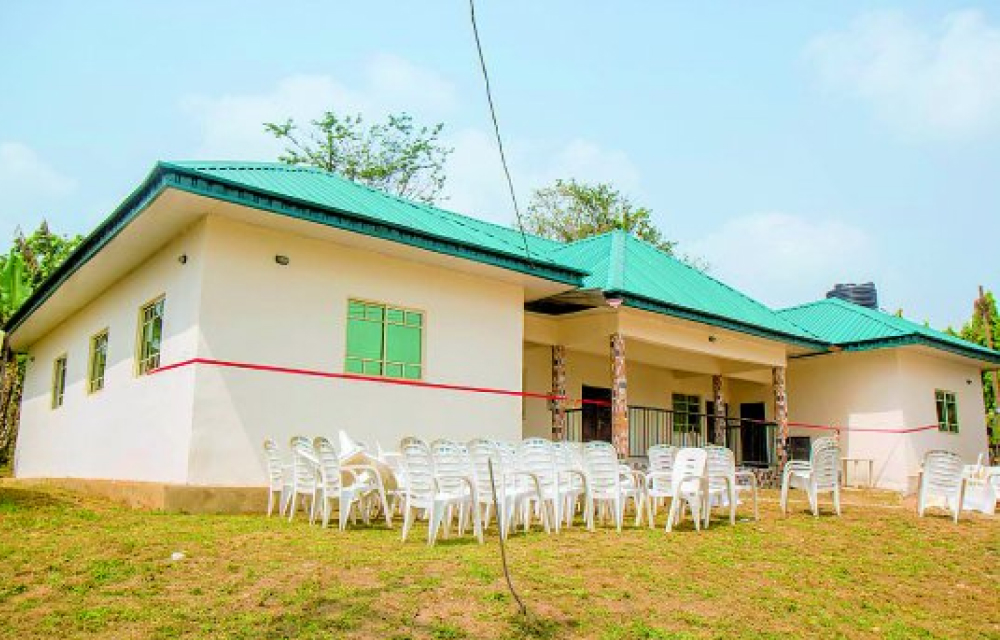 The Youth Skills Development Centre initially started as a community self-help project in Creek Town but was abandoned due to lack of funds. In 2015 four Eastern Pipeline (“EPL”) project communities came together and nominated the Centre as their social impact project as part of the Memorandum of Understanding (“MOU”) signed with Accugas on 8 April 2015. The MOU has 10 implementation committee members comprising four representatives from the local communities and three representatives each from the Government and Accugas respectively.

Accugas completed and handed over the new Youth Skills Development Centre on 23 January 2020. The Centre can accommodate about 30 people at a time during each training session. This project demonstrates how Accugas is supporting skills acquisition and development among youths in its host communities to empower them economically. 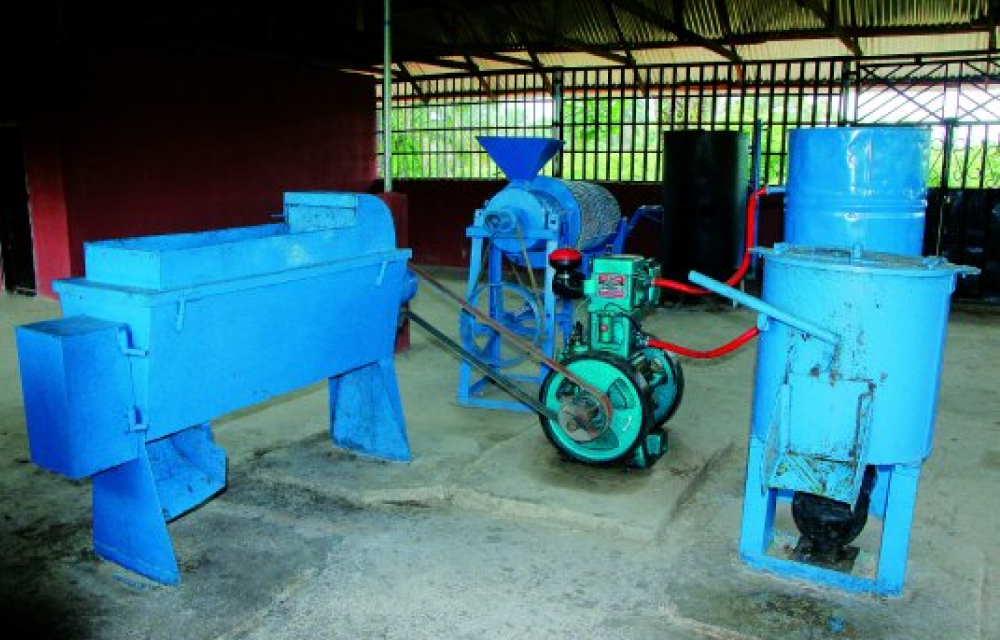 Accugas built and handed over a new palm oil processing plant to the Eyokponung Village in the Udung Uko Local Government Area, Akwa Ibom State, in fulfilment of our corporate social responsibility to the host community. The plant was commissioned on 25 July 2019. 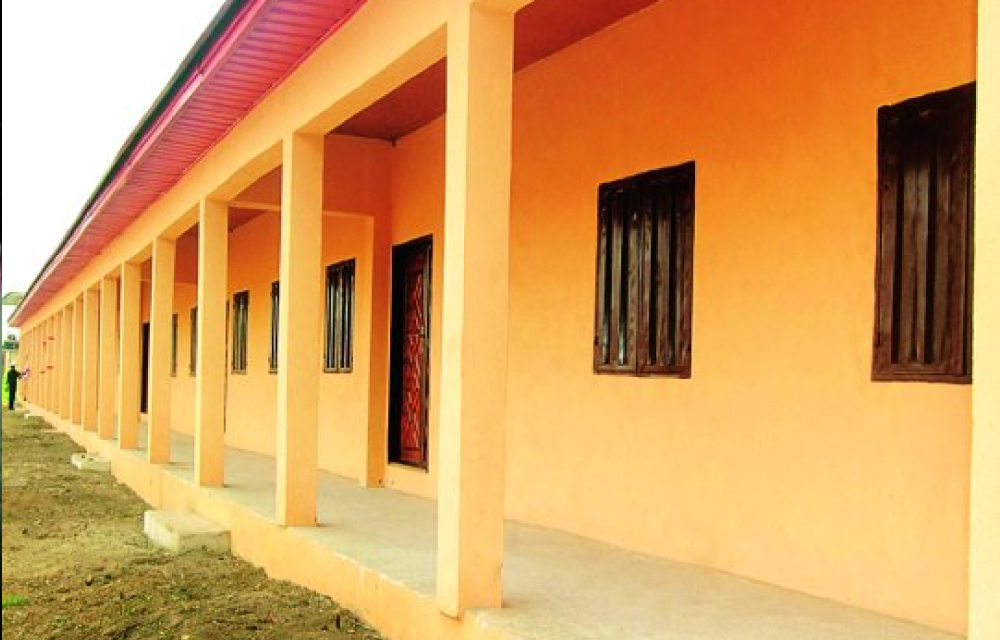 A new classroom block, in the Eket Local Government Area, Akwa Ibom State. The building, which comprises six classrooms, each with a capacity of 50 students, was completed as part of the requirement of the Uquo JV MOU on 13 February 2019. 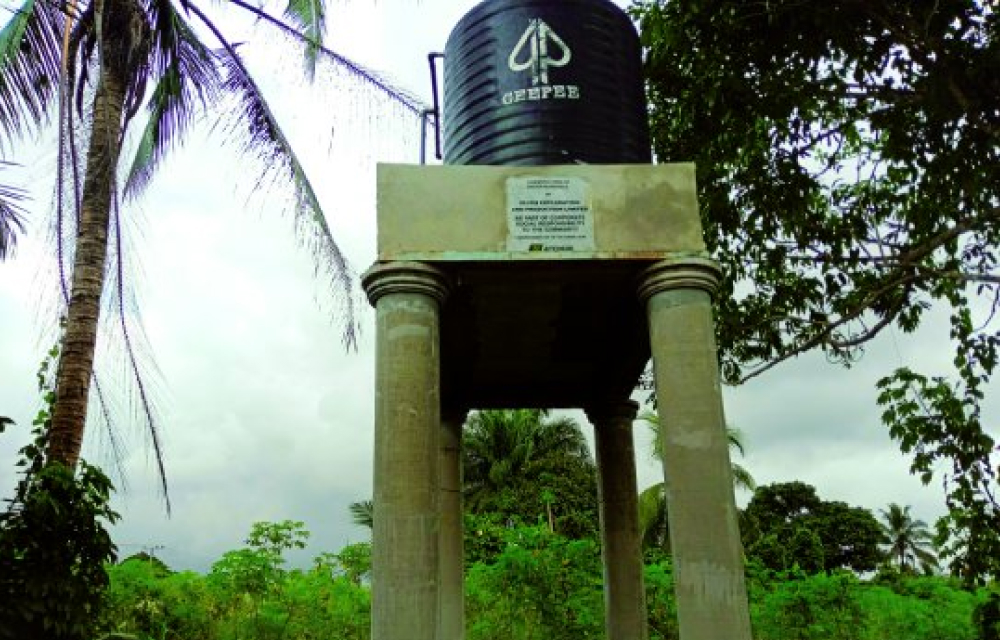 In line with the EPL project MOU, on 15 October 2019 Accugas completed the construction of a solar-powered water borehole with a 10,000 litre capacity storage tank for the Nung Oku Village in the Uruan Local Government Area, Akwa Ibom State.

Another water borehole with a 5,000 litre capacity water storage tank, powered by an electrical generator, was constructed and donated by Accugas on 18 October 2019 to the Imam Village in the Ikot Abasi Local Government Area of Akwa Ibom State. 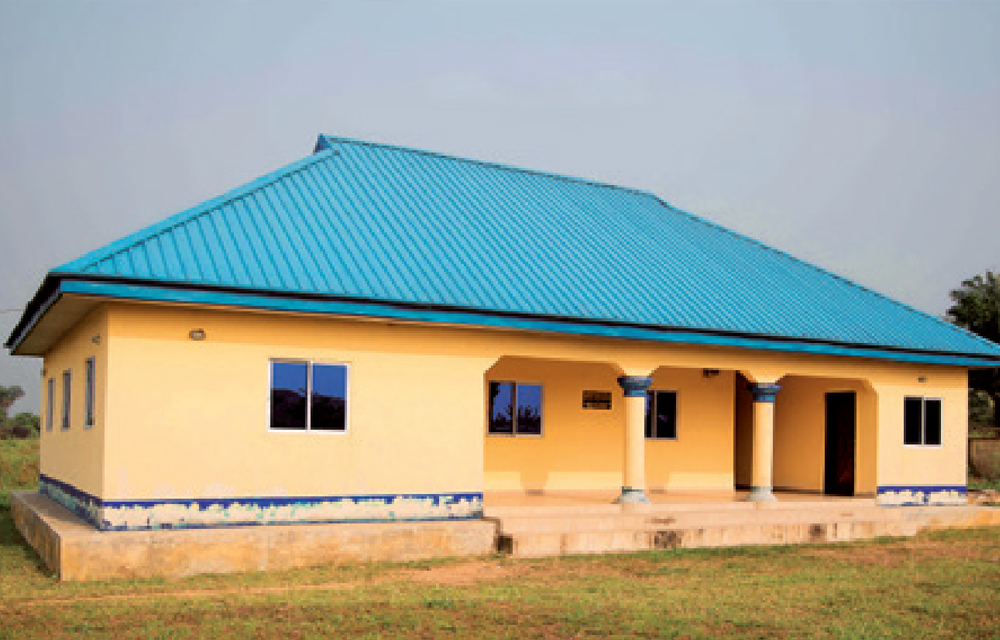 A new administrative office block was built as part of the requirements of the Uquo Field MOU and donated to the Lutheran High School in Uquo, Esit Eket Local Government Area, Akwa Ibom State by Accugas on 13 February 2019. 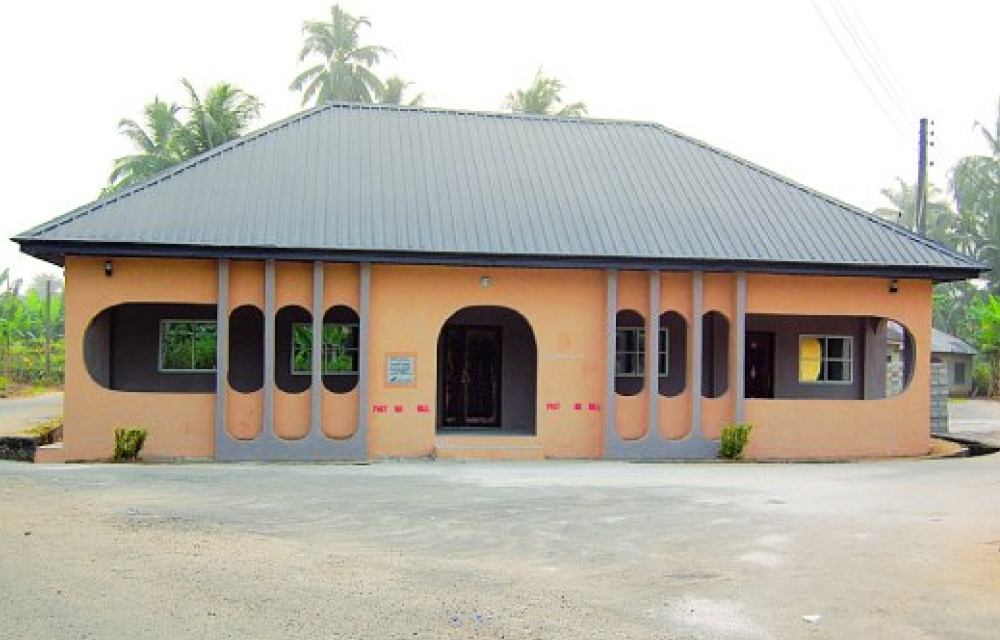 The Green Team is a Savannah Energy initiative designed to maintain and monitor the right of way to our gas pipelines. In 2019, 239 local youths, up from 194 the previous year, were engaged in our Green Team initiative, drawn from the Akwa Ibom and Cross River States in South East Nigeria. The initiative commenced in July 2015 covering the Uquo-Ikot Abasi and Eastern Horizon Gas Company pipelines, while monitoring and maintenance of the Eastern Pipeline (“EPL”) was added in March 2019.